Revogne was a Merovingian domain whose name goes back to the Germanic invasions. Its fortified castle, that dates from the beginning of the 10th century, became a military stronghold for the provost-marshal of Liège. This fortified town was surrounded by ramparts, dating from 1242, and had three entrance gates : the Lomprez gate, the Levant (east or rising sun) gate and, the Couchant (west or setting sun) gate.
Near the river, you can admire the old medieval city’s last remaining gate, the Lomprez gate, which is gothic on one side, Romanesque on the other. 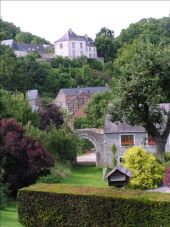 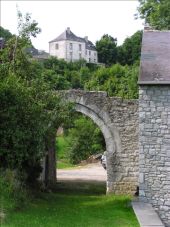 Lomprez gate can be discovered in the following trails...

Our tip : the Lomprez gate
BEAURAING