The alcove above the door used to harbour an old statue of Saint Etienne, which was removed to prevent it from being stolen. The steps that lead down from the castle-farm to the chapel were made from recuperated stone slabs, some of which were once tombstones (please note that from the steps outside the chapel door, this is private property).
Next to the chapel you will see the castle-farm that rises above the village and the Wimbe, which flows 20 metres lower. It is a fortified farm that was built in the mid-17th century by Bernard de Harroy.
Saint Etienne, who was stoned to death, is considered to be the first Christian martyr and would appear to be at the origin of saint-worship. 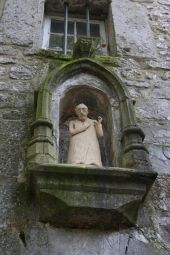 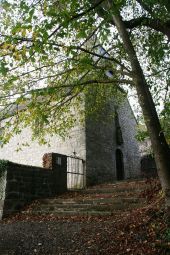 Chapel Saint-Etienne can be discovered in the following trails...

Tip : the Chapel of Saint-E...
BEAURAING