In the 13th century, the Lord Jacques de Wellin called de Lavaux, ordered the construction of a simple tower on the banks of the Wimbe, which was to be used to keep a watch on the main forest road. In 1795, after the tumult of the French Revolution, the domain was sold as state property. It was bought in 1810 by the Malaccord family, thus putting an end to the castle's seigneurial ‘career’. It was later abandoned and eventually fell into ruin. In 1927 it was sold on to a real estate firm that gifted the castle to the non-profit making association “The Friends of the Royal Committee for Sites and Monuments” (Les Amis de la Commission Royale des Monuments et Sites). In 1933, it was sold on to the ‘League of Friends of the Castle of Lavaux’ (Ligue des Amis du Château de Lavaux), founded by the Baroness Lemonnier, who gave a new lease of life to the ruins by converting it into a superb castle. Recently, the castle has undergone numerous rearrangements and has been fitted out with a brand new scenography. The castle houses three museums: the first is dedicated to old-fashioned crafts and the everyday life of the Lavaux villagers in the 19th and early 20th centuries, the second presents seigneurial life during the 17th and 18th centuries, and the last one is devoted to nature and agricultural life throughout the seasons. 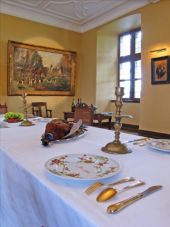 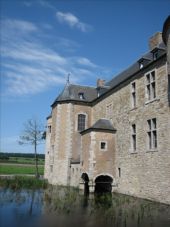 Castle of Lavaux can be discovered in the following trails...