The village of Tellin

Tellin appeared in the eighties in the epistolary exchanges still preserved. Evolving with time, the present name of Tellin seems to have been fixed in the 12th century. The village has an eventful history, like many of the region's entities, on the way to many armies at war. It seems to have its origins in the Merovingian period. During the Middle Ages, Tellin was dependent on three different jurisdictions: the Liège jurisdiction (the Brie town council of the Abbot of Saint Hubert), the Luxembourg court (Wellin town council) and the Bouillonnaise court. Because of this peculiarity, Tellin receives the denomination of Village d'Entrecours and enjoys for a long time certain privileges that were linked to it. These privileges disappeared with the disappearance of the old regime in the late 1700s. The village then underwent several fires (the most important in 1821 devastated ¾ of the dwellings), epidemics and wars. The French and Austrian occupations plundered the country. Independence brings a new peace, broken by the two world wars.
The history of the village of Tellin is notably marked by the industrial activities that animated it. Until the beginning of the 20th century, quarries, lime kilns, brick kilns and sawmills were still being exploited. The famous bell foundry, which ceased its activities in 1971, remains an important point in the history of the village. The bells are still present since a museum of the bell is charged with perpetuating the memory of this industrial past not so old as that. In addition, a small SME of Louvain, CAMPA, specializing in chimes has come to settle in Tellin, thus renewing the tradition of the village. And to all those who gently mock our "Country of the Bells," we retort with a smile no less mocking than the bells, at least they resonate! 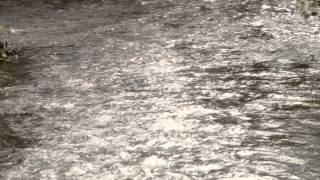 The village of Tellin can be discovered in the following trails...

Tellin - To discover nearby